On December 7, 1941, the Japanese attacked the United States at Pearl Harbor.  We all know, or should know, the basic facts of this historic day exactly 73 years ago.  After all, as President Franklin Delano Roosevelt would proclaim, it was a date to be lived in “infamy.”

Little known to most, FDR was originally scheduled to say it was a date in which “will live in world history,” but changed it at the last minute.

Most baseball fans look at stats and define the career of a player based on their final numbers.  If this were a perfect world, this would be fine.  If it were a perfect world, there would have been no need for “leaders” like Hitler, Mussolini, or someone like Tojo plotting an attack on Hawaii.  Since we don’t live in fantasy land, we have to look past the numbers in some instances.

We were on a tour about five years ago and we paid a visit to the Bob Feller Museum in Van Meter, Iowa. 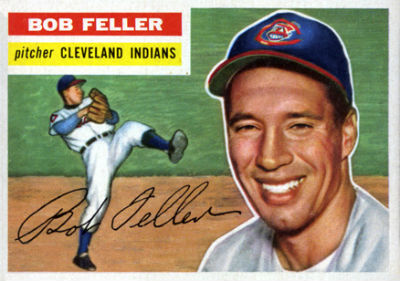 There was a young man who happened to be from Minnesota while we were visiting.  He was complaining to some other Minnesotans on our tour, when he found out where some of our travelers were from, that Bert Blyleven and his 287 career wins wasn’t yet in the Hall of Fame but someone like Feller was already in Cooperstown, although he only won 266 games in his career.  He couldn’t believe it.

Although I didn’t say anything, I couldn’t believe that he thought the two pitchers were comparable.  As great as Blyleven was, and I do agree that he was a great pitcher and Hall of Fame worthy, he was no Feller.

Thanks to Pearl Harbor and the start of World War II, Feller did not pitch a full season again until he was 27 years of age, essentially missing almost four years of his career when he was at an age in which he was in his prime.

Feller obviously missed the best years of his career from ages 23-26 defending our nation.  If you take away the wins Blyleven earned when he was Feller’s age, I wonder what that man would have said about his numbers then?

Feller won 26 games and followed that up with 20 wins immediately following the war when he was allowed to play baseball full-time after having spent his previous years on board the U.S.S. Alabama in the South Pacific.  In every single one of these instances from 1939-1947, Feller led the league in wins.

Also, in each of these years he never failed to finish lower than eighth in MVP voting.  Blyleven received MVP votes twice in his career, never finishing higher than 13th place.

As I have repeatedly argued in my Dale Murphy for Hall of Fame article, there are times when you need to be able to sort through the deception of some statistics.  Thanks to Pearl Harbor and American entry into World War II, it is hard to judge the greatness of some of these players who missed significant time during the glory years of their careers.

For example, if you do the math and factor the numbers Ted Williams attained throughout his career and averaged them into what he probably would have had if it had not been for Pearl Harbor (and Korea) you would most likely look at the statistics and see a hitter who would have approached 700 home runs.

Instead, people who don’t know any better will see Williams as a hitter who “only” had 521 career homers.  Instead of being known as the second greatest power hitter of all-time (after Babe Ruth) with respect to players who didn’t take steroids, Williams has to settle for being known as the last player to hit over .400, which isn’t exactly a bad thing either.

Feller and Williams aren’t the only players who sacrificed their Hall of Fame credentials during this time period.   The numbers they lost, however, is a heck of a lot better than what was lost for the over 2,500 Americans who died 73 years ago today and for the almost half a million of our people who died in World War II.  Let them never be forgotten.

Some pitchers win big games, throw no-hitters, or come up big when their team needs them most.  However, when asked what his greatest career win was, Bob Feller always stated that it was being part of the overall victory in World War II.  Feller knew, as we all should know, that baseball is only a game and there are some things in life that are much more important.