You are here: Home / News / The Glory Days of Baseball – Father’s Day Edition

The image of a Dad, to me, represents the male role model in life spending time with his children, whether it’s teaching his kids to hunt, fish, work around the house, or perhaps sitting in on a tea party for his daughter. Thankfully, I had a good one who never seemed too busy for a game of catch or sharing a passion. In our household growing up, one thing we shared was baseball and those are special memories to me and it has been handed down from generation to generation.

You can’t talk about the “Glory Days” of baseball without talking about Babe Ruth and the “Golden Age” of America’s Pastime. One assignment that students in my American History class have to complete is to write a short essay describing how Babe Ruth symbolized the “Roaring Twenties” by using a certain number of slang words from the time period.

Although Charles Lindbergh may have been the only other figure in American more popular than Ruth, his quiet demeanor did not symbolize the stereotypical decade that way Ruth’s did. Ruth played in the spotlight of New York where announcers voiced his feats on the radio and journalists were writing stories of this mythical figure in this new age of mass media. It was the age of Jazz and Prohibition and Ruth frequented the clubs and drank in excess, whether he called up the local bootleggers of visited the speakeasies in various cities in which he played. His second wife was the very definition of a flapper. Like Lindbergh flying across the Atlantic, Ruth was setting records that had been unheard of before, such as hitting 60 home runs in 1927 (the same year of Lindbergh’s flight).

All baseball fans look back on the 1920’s with fond memories of an age that was, yet we can only imagine what they were like, as I would be willing to bet that none of us reading this article can actually remember back to this decade almost a century ago.

For each of us, I would be willing to bet that your “Golden Age” of baseball, if there are any, involves your favorite memories of the game when you were growing up.

For example, my Dad grew up in an era when his family didn’t have a television until he was a sophomore in high school. Therefore, all he saw were glimpses on the tube if they visited someone who did have it or mainly from pictures in The Sporting News. Like the many who never saw Ruth in person or on television, much of what Dad knew was from the radio and his father, in addition to his ten cent copies of The Sporting News.

Dad’s best baseball memory concerns what he remembers about the 1957 World Series between the Milwaukee Braves and New York Yankees.

He said, “I remember running off the bus into the house to get my glove after school. My glove at that time was a cast-off from someone, and resembled the very old ones worn in the Thirties and Forties. I can still see Dad standing there as the pitcher of the day. It was usually Lew Burdette. I would be the catcher, and he would describe each pitch to me. I could see Burdette sneakily rubbing spit into the ball as Dad described it. He would say who was on base and who was up. The most memorable confrontations were Burdette against Mantle. Dad didn’t care for the Yanks, so Mantle usually went down swinging. Dad stood there in his dirty work overalls, but all I could see was Burdette. Dad didn’t have a glove, but his hands were as big as a glove, and his work calloused palms didn’t even feel the ball as I threw it back. He did that each day there had been a game on, that he had a chance to listen to. It takes me back in time, in a very good way.” 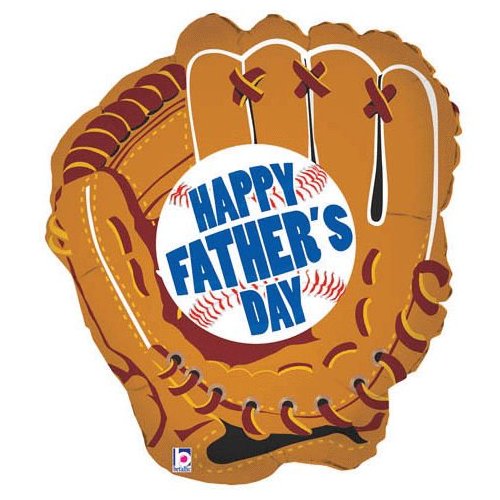 In addition to recollecting the Burdette match-ups against Mantle, he also remembers his Dad narrated competitions between Warren Spahn and Yogi Berra.

Likewise, one of my first great baseball memories comes from the 1980 World Series in which the Philadelphia Phillies defeated the Kansas City Royals in six games. I don’t have many specific memories aside from watching the games on t.v., noticing the waterfalls in Kansas City, and rooting for the Royals with him. Like most kids, I wanted to be like my Dad and since he was rooting for the Royals, that meant I was going to do the same. I will never forget sitting in our car in the country the following morning after the Phillies had clinched and waiting at the end of our driveway for the school bus prior to the sun coming up. He said something to the effect of simply stating, “Well, I guess the Phillies won it all.” It wasn’t a moment in time that should hold any special meaning. However, for some reason, it’s one I will never forget and it brings me back to a time of being a kid again with my Dad by my side and those memories, however seemingly insignificant they may be, are priceless.

By the time I got old enough to follow and really understand the game, we had moved to town and we fast became fans of Dale Murphy and the Atlanta Braves thanks to having cable television, as opposed to relying on our t.v. antenna and limited channels in the country. “The Murph” became our favorite player and has remained my favorite athlete of all-time.

For whatever the reason, some of the Murphy duels with Fernando Valenzuela remain itched in memory. Part of that could be from the fact that we once recorded a game and Murphy hit a hard comebacker to Valenzuela in which the southpaw flew wildly up into the air in a circular fashion. Having recorded the game on a vhs tape, we watched and laughed as we viewed Valenzuela flying into the air in slow motion. We watched that at-bat over and over again and it never got tiring to see. Another simple moment with Dad that becomes priceless as we age.

As the Eighties progressed, rooting for Murphy’s individual stats became the only thing to look forward to, as it was well known there was no hope for the Braves as a team. However, the innocence of youth allowed me to relish those memories and not critically think that watching the Braves lose 100 games per year was really a waste of time in the grand scheme of things (maybe that’s not such a bad thing, too).

Recently, I returned from a four-day trip to Chicago with my 8-year old daughter. We saw the Twins play at the Chicago White Sox, sat through a well-played game at Wrigley Field between the Cubs and Washington Nationals, and finished our journey watching the Twins defeat the Boston Red Sox at Target Field. It was the first time just the two of us went somewhere together for any length of time and it was a wonderful experience neither of us will ever forget.

Not everyone reading this article cares about baseball and has fond memories of the sport in their growing up years. For some the topic could be hunting, fishing, cutting wood, working around the house, or something as simple as sneaking to a nearby gravel pit for a swim in the hot summer months.

Regardless, hopefully most people can look back with fond memories, as I do, of sharing special moments with their Dad this upcoming Sunday on Father’s Day. These special moments during our formidable “Glory Years” have helped shape who we are and how we hope to help raise our own children, too.

I hope my Dad is as proud of me as much as I am of him.

We will be offering three exciting tours in 2022! The first will allow people the opportunity to see … END_OF_DOCUMENT_TOKEN_TO_BE_REPLACED