There have been far too many negative stories recently concerning professional athletes.  Whether you are talking about the now infamous Ray Rice video or Minnesota Vikings superstar running back Adrian Peterson, the headlines have not been fun to monitor if you are looking for stories focused on what is good in the world. 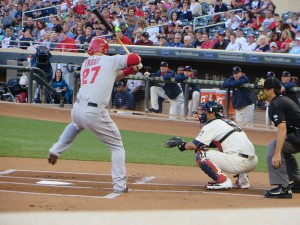 I don’t know about you, but it’s more fun to look at what’s right, and not what is wrong.  With that being said, it is also not right to bury one’s own head in the sand when a potentially uncomfortable topic comes up in life.

Sports reflect American society.  For every player with a domestic abuse or drug allegation, DUI, or something else unpleasant in their lives, you can make the same claim with average ordinary citizens.  If you look at the local news on a regular basis, you can see that our local police are faced with cases of domestic abuse, drug usage, DUI’s, and other problems.  These acts are happening by people in communities all across America, some who are role models for others, too.

Professional athletes are role models for many, whether they want to be or not.  Some decline to act in a manner in which is beneficial to others and that is too bad.  Some simply do not seem to care.

However, there are plenty of cases out there where people use their stage to bring awareness or good to a topic in need of attention or people in need of a smile.  You just don’t hear about them as much because those stories do not get the attention or ratings of ones that make the most money. 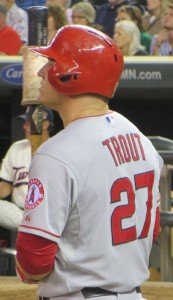 Recently, I took my wife, daughter, and son to their first game at Target Field.  Thanks to the Twins having another rough season, tickets behind the Angels dugout were an easy purchase.  The main reason I wanted to sit behind their dugout is because Mike Trout is emerging as one of those once-in-a-generation type of players that is worth paying the price of admission to see play.

Trout is a 23-year old superstar who is well on his way to winning the American League Most Valuable Player Award this year, after having already being named MVP of the All Star Game at Target Field in July.

In his two previous seasons as Major Leaguer, this three-time All Star has already been twice-named runner-up for league MVP honors.  This is a player who can do it all on the field.

Even more enjoyable than simply watching a great player perform is hearing positive reports about him as a person.  Whether players like it or not, they are role models and, I believe, do have a responsibility to try to do good with their platform.

I normally don’t care about autographs (I did when I was a kid) but wanted to get to the game early to watch batting practice and to see against all odds if somehow Luke, my three year old, could get his picture taken with Trout.  He was wearing a Mike Trout t-shirt that I had bought for him last year.  We arrived later than planned and I knew this doubtful scenario would never play out. 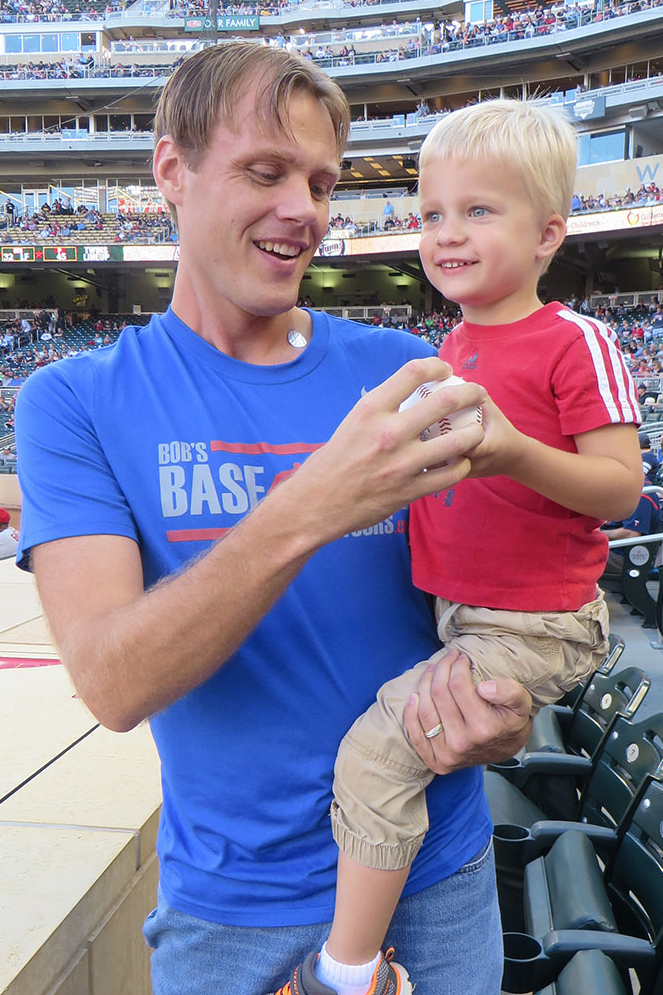 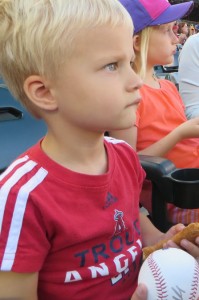 Shortly after arrival to our seats and prior to the start of the game, I was holding Luke and players were coming and going into the Angels dugout.  I looked down and saw Trout about to enter the dugout.  I looked at him and he looked at me since we were sitting in the first row behind their bench.  I smiled and pointed at Luke’s shirt and he smiled back.  I asked if he’d throw Luke one of the practice balls and he went into the dugout for a short time and came back with a brand new baseball and tossed it up.  We thanked him and that was that, a neat experience.  We hadn’t expected a new ball.

However, when we looked at it, the reason it took a bit of time was because Trout had taken the time to autograph it, too.  In addition to getting a new ball, he also had to get a pen from somewhere.  The weather that evening was perfect just like our experience at Target Field that night and it was a memory we will never forget.

For every negative story you find concerning a professional athlete, I am willing to bet you can find a great one, too.  The same applies to many of us in every walk-of-life.