This isn’t your ordinary All-Decade Team of the 1980s.  That’s too easy.  In this 10-year span, we needed eight position players, a starting pitcher, and a closer.  Instead of judging players by their body of work during the decade, we chose individual seasons and we could only have one representative per baseball season during this decade, as every year of the 1980s needed to be represented once and only once.

1980 – Third Base – George Brett, Kansas City Royals (.390, 24 HR, 118 RBI, 87 Runs, 15 SBs) At first, this seemed like a no-brainer, as it is well known that the Brett of this season had the best chance of hitting .400 since Ted Williams hit .406 in 1941. After researching a little more, I didn’t realize that Brett only played in 117 games during this year so I began to think that one of the three MVP seasons for Mike Schmidt may take this position.  However, after crunching the numbers even more it was interesting to note that while Brett won the AL MVP in ’80, Schmidt won it in the NL that season with 121 RBI and he played in 150 games.  Brett managed his 118 RBI in only 117 games, which is more than an RBI per game.  I came full circle.  While Schmidt was the best third baseman of the decade, and arguably its best player, the best season at that position belongs to Brett in 1980, although he’s followed closer than you might expect by the Schmidt of 1981.

1981 – Right Field – Andre Dawson, Montreal Expos (.302, 24 HR, 64 RBI, 71 Runs, 26 SBs) The strike prevented anyone in Major League Baseball from putting up mega power numbers during this season, provided your name wasn’t Mike Schmidt (but Brett from ’80 already has that position covered above). Dawson finished runner-up to Schmidt in MVP voting during this season.  He was an All Star, won the Silver Slugger, and captured a Gold Glove during this impressive campaign in helping to lead his Expos to the post-season.  Dawson was a lock for a 30-30 campaign and it would have been interesting to see if he would have achieved 40-40 if he’d been given the chance to play the full season.

1983 – Center Field – Dale Murphy, Atlanta Braves (.302, 36 HR, 121 RBI, 131 Runs, 30 SBs) Murphy did it all in 1983. He hit for average, power, ran like the wind, won a Gold Glove in center and played every day.  His greatest season even prompted some, such as former Cubs pitching coach Billy Connors, to remark that Murphy was “The best player I’ve seen since Willie Mays.”  Not too shabby.  If you want to read my detailed argument why Murphy should be in the Hall of Fame, please click here.

1984 – Relief Pitcher – Willie Hernandez, Detroit Tigers (9-3, 140.1 IP, 1.92 ERA, 112 Ks, 32 Saves) Three closers were named league MVP during this decade.  Rollie Fingers (1981) and Mark Davis (1989) were the others.  However, the MVP season of Hernandez easily trumps both in my book.  If you look at the numbers, Hernandez pitched in 80 games that season.  Basically, he pitched every other day.  If that’s not good enough, he didn’t just throw an inning at a time.  He threw 140+ innings.  Let me say that again.  He threw over 140 innings.  As a relief pitcher.  Has that sunk in yet?  There are some starting pitchers who don’t throw that many innings during the course of a season.  Granted, those starting pitchers aren’t very good, but you get the idea.  Although other closers may have had a better ERA, more strikeouts, and saves during individual years this decade, nobody put up a better single season than Hernandez.  Part of me wanted to insert Ryne Sandberg into this slot, as he was the only second baseman to win MVP honors during this decade, but this season belongs to Hernandez and his epic year in helping lead the Tigers to a World Series Championship.

1986 – Catcher – Gary Carter, New York Mets (.255, 24 HR, 105 RBI, 81 Runs) Statistically speaking, this wasn’t one of his best seasons.  However, he did manage to finish third in MVP voting during this campaign.  The only time in his career he finished higher was 1980 but there’s no way that season was going to be allotted to any position other than third base and George Brett.  Carter did manage 105 RBI in 1986, which was just one below his season high of 106 RBI from 1984 when he was still a member of the Montreal Expos.

1987 – Left Field – Tim Raines, Montreal Expos (.330, 18 HR, 68 RBI, 50 SBs, 123 Runs)  This was a struggle.  George Bell won the AL MVP this season by hitting .308 and having a power line of 47 homers and driving in 134 runs.  How could I not pick Bell, as was in my original draft, and end up with a player who finished seventh in MVP voting in the other league?  For starters, Raines hit for a better average, led the league in runs scored, stole 50 bases, and played a better defensive left field.  Ultimatly, I couldn’t get over the fact that Raines had an on-base percentage of .429 in compaison to the .352 of Bell.  While Raines didn’t have the power numbers of Bell, he still hit it out of the park 18 times, which is impressive for somebody not in the heart of the order.  By only allowing one position per year it also makes it hard to fit players accordingly.  For example, although Raines stole 50 bases in ’87, it was the first time in six years that he didn’t steal at least 70.  This position would have been much easier if it would have been a stereotypical All-Decade team in left field with Rickey Henderson being the obvious choice.  NOTE: Tony Gwynn hit .370 with 56 SBs during this season but he did NOT play left field and I wanted to be honest about each individual position.

1988 – Starting Pitcher – Orel Hershiser, Los Angeles Dodgers (23-8, 267 IP, 2.26 ERA, 178 Ks) There were some fantastic pitching performances during this decade. Nolan Ryan and his 1.69 ERA in 1981 was impressive and both Dwight Gooden and Roger Clemens had Cy Young performances in 1985 and 1986 respectively with identical records of 24-4.  Where Hershiser gets the nod is based on his historic pitching which began on August 30 that summer, as he hurled 59 consecutive scoreless innings at one point.  In addition to that carrying him to the Cy Young, he carried that momentum into the play-offs where he rattled off the most impressive two-month pitching performance in the history of the sport.  No other pitcher has ever won the Cy Young, championship series MVP, to go along with a World Series MVP.  I have already written how Hershiser’s post-season was the best stretch I have ever seen and, in my opinion, bests what Madison Bumgarner did this past October.

1989 – Second Base – Ryne Sandberg, Chicago Cubs (.290, 30 HR, 76 RBI, 104 Runs, 15 SBs) This was the second best season of the decade for Sandberg and it was good enough to garner a fourth place finish in MVP voting.  My biggest decision on this list was whether to insert Mark Davis and his MVP performance in this year and have Sandberg in his MVP season when he hit less home runs, but bested every other important offensive category including a mind boggling 19 triples, but the combination of Hernandez of ’84 with the Sandberg of ’89 was a better fit than the better Sandberg of ’84 and Davis of ’89.  There were no other second basemen to consider during this specific year. 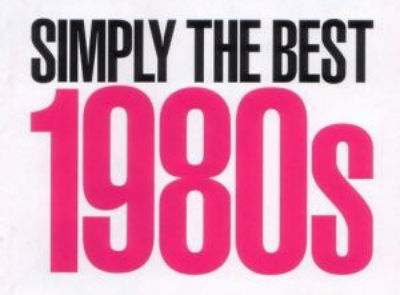 The lead-off hitter is obvious.  Raines gets on base and is a threat to steal.  While Murphy isn’t the stereotypical second hitter, this spot would greatly increase his already impressive productivity because his kryptonite was the slider low and away.  With Raines as a threat on base, there’s no way Murphy would have seen as many of those pitches.  The best hitter of the decade in terms of impressive statistical seasons will bat third and that’s what Brett accomplished in 1980 by hitting .390.  He’s also a left handed bat sandwiched in between Murphy and our clean-up hitter, Andre Dawson.  By having Dawson hit here, we’ve got four batters who can steal a base at any time, too.  I thought about hitting Yount fifth to add another speedster, but couldn’t justify hitting Mattingly any lower in the order with the year he had in 1985.  Besides, it still breaks up the order by having Dawson in front of the left handed Mattingly, while the rest of the order is right handed.  Yount hits sixth, Sandberg seventh (the Sandberg of ’84 may have been the #2 hitter), and Carter hitting in front of our pitcher.

If you liked this article or thought it was a good read, please consider “sharing” it via twitter, facebook, etc.  Than you for your considereation.